A Reputation For Excellence

The University of Iowa is one of the nation’s premier public research universities, dedicated to academic excellence, groundbreaking discoveries and creations, commitment to the state and the world, and a culture that prizes community, diversity, and opportunity.

Iowa is known around the world for its commitment to excellence in the arts, sciences, and humanities. It is home to the first and best creative writing program in the world, as well as one of America’s top teaching hospitals. Its faculty, staff, and students have pioneered fields such as educational testing and speech pathology, sent UI-built instruments on virtually every mission in NASA history, and traced the genetic origins of countless human diseases. Its 12 colleges are home to scholars dedicated to bridging disciplines and reinventing higher education.

Iowa’s collaborative, can-do culture fosters a campus-wide dedication to student success. Welcoming students from all backgrounds, helping them chart paths that serve their individual interests and goals, and giving them tools to graduate on time and on budget are central to Iowa’s mission. The Iowa approach works—undergraduate and graduation rates well exceed the national average.

Iowa’s size, structure, and culture foster interaction among scholars at all levels, with advanced programs surrounding and shaping a vital liberal arts core. Strong graduate and professional programs enrich the undergraduate experience while providing unparalleled opportunities for student who want to take their education further.

Alongside education and discovery, Iowa is known for its NCAA Division I athletics programs, a world-class academic medical center, commitment to statewide service, and its role as an economic engine for the state of Iowa. The university has launched new programs that lend support and expertise to businesses across the state, and a pervasive spirit of entrepreneurship guides student start-ups, new enterprises built on faculty discoveries, and other innovations.

When the University of Iowa was founded on Feb. 25, 1847, it was Iowa’s first public university and it was located in the state’s first capital. When Des Moines became the seat of state government in 1857, Iowa City’s Old Capitol building became the geographic and symbolic heart of the university campus.

From its founding, Iowa has been a beacon of equality and opportunity for all people. It was the nation’s first public university to admit men and women on an equal basis, the first public institution to award law degrees to women and African Americans, and the first state university to recognize a campus organization for gay students.

Iowa invented the Master of Fine Arts degree, becoming the first institution to accept creative work in lieu of a written thesis. It pioneered fields ranging from educational television to cochlear implants.

In more recent years, the university has faced and overcome historic challenges—from a devasting campus flood in 2008 to the global economic downturn to the impact of new technology. Community spirit, pragmatic vision, and dedicated leadership have helped Iowa weather these crises. Today, the University of Iowa is stronger than ever and is poised to write a new chapter in its more than 170-year history.

In pursuing its missions of teaching, research, and service, the university seeks to advance scholarly and creative endeavor through leading-edge research and artistic production; to use this research and creativity to enhance undergraduate, graduate, and professional education, health care, and other services provided to the people of Iowa, the nation, and the world; and to educate students for success and personal fulfillment in a diverse world.

The University of Iowa carries out its academic mission primarily through its 12 colleges, which offer undergraduate and graduate education, professional education, and education and training in the health sciences.

In planning, setting priorities, and carrying out every aspect of its mission, the University of Iowa is guided by seven interdependent commitments:

The university is made up of 13 colleges and units that carry out its academic mission. 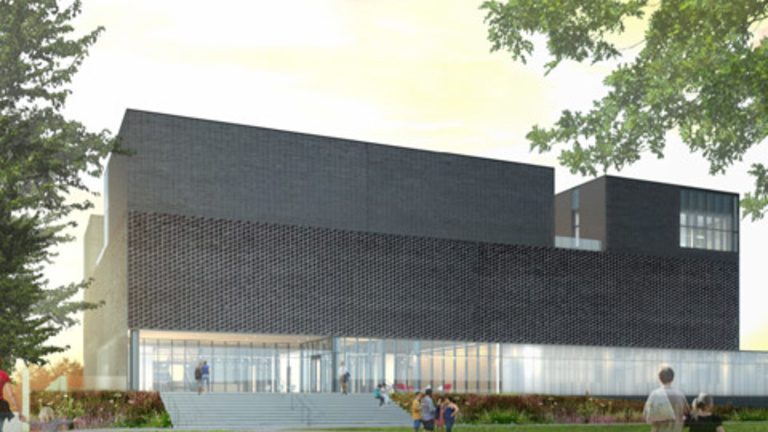 Set to open on August, 26th 2022, this building will represent the final physical improvement related to the historic flood of 2008.  Nestled between the Main Library and Campus Recreation and Wellness Center on the west side of Gibson Square Park, the new Stanley Museum of Art will be a hub of learning and research for the University of Iowa. The three-story, state-of-the-art building includes a range of flexible spaces for research, education, and exhibitions, and is ideally suited to serve as a center for interdisciplinary teaching, discovery, and community building. 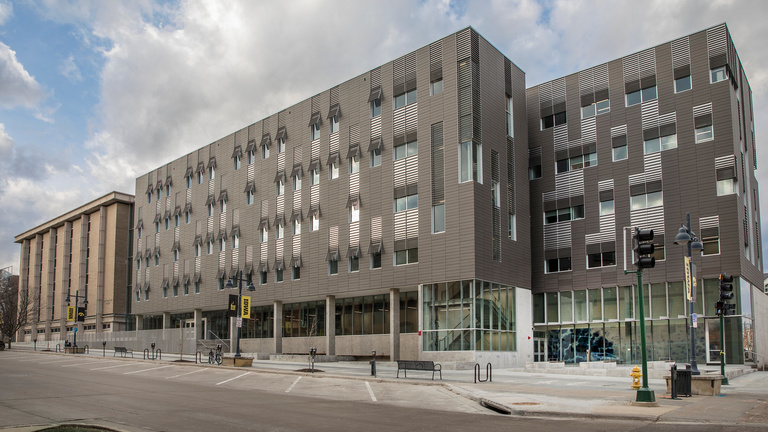 In January 2020, the faculty, staff, and students of the Department of Psychological and Brain Sciences began moving into the newly constructed $33.5 million building that will house faculty and staff offices, 14 state-of-the-art laboratories for human research, classrooms, and many commons spaces. Construction of the 66,470-square-foot facility at Gilbert Street and Iowa Avenue began in the summer of 2017. 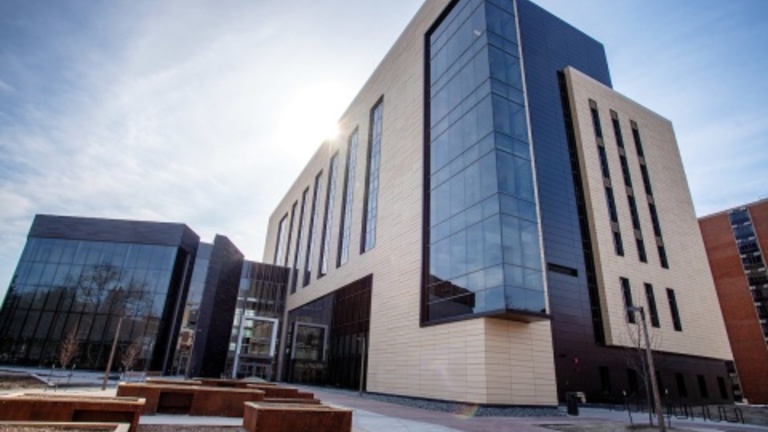 The College of Pharmacy Building opened to students at the start of the spring 2020 semester. For more than 125 years the University of Iowa College of Pharmacy has led the way in educating pharmacists and pharmaceutical scientists. With a new, state-of-the-art building, Iowa pharmacy can continue to deliver a contemporary pharmacy education and prepare its graduates to be the health care leaders and scientists of the future.

The final stage in a modernization of the 1929-building Nile Kinnick Stadium.  The project will be completed in two phases – The first will include the seats facing the field, to be opened for the 2018 season.  Over the following year the club spaces and amenities/concessions behind the seating will be completed. 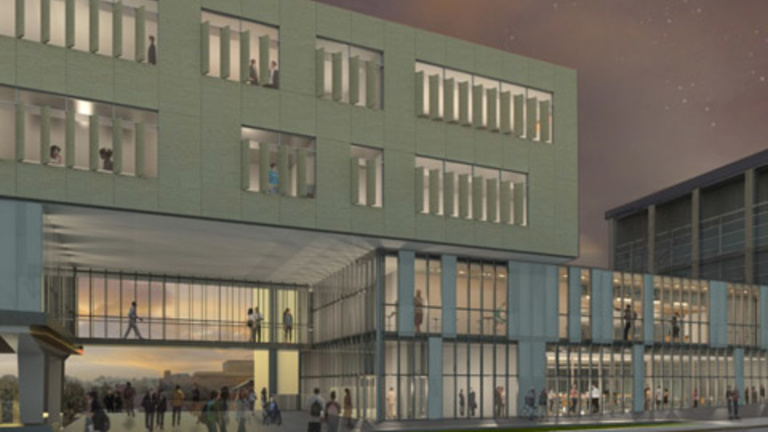 Completed in 2018, this project expands the already modernized College of Engineering facilities at the core of the campus. The building uses and displays sustainable systems and serves both College and general education classroom needs.  The design shows off creative student lab work and also serves to provide importance campus pathway connections. 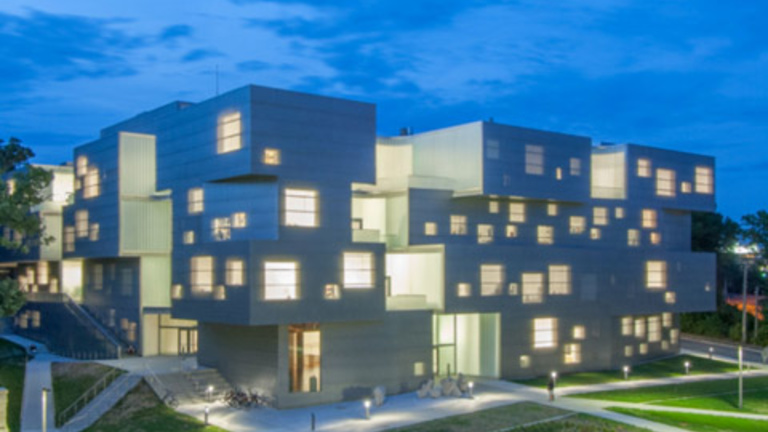 Opened in the fall of 2016, this architecturally-awarded building replaces the Art & Art History program within the original (1936) Art Building, lost to the flood of 2008. 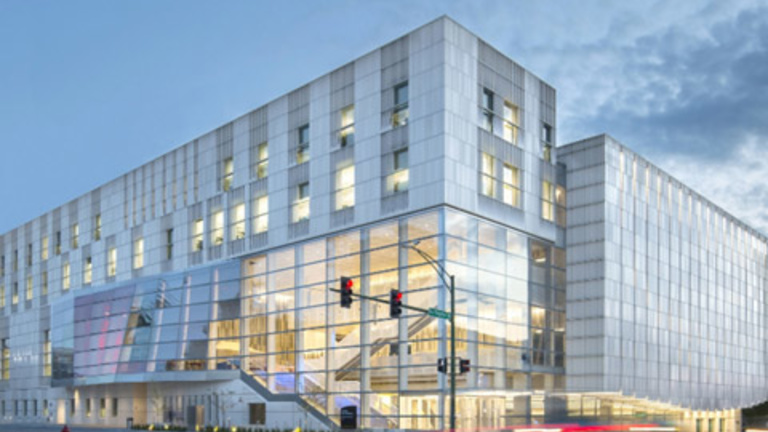 Dedicated in the fall of 2016, this building is home to the UI School of Music.  Positioned at the connection between the campus and the Iowa City downtown, Voxman hosts as many as 400 performances each year, most free of charge – it has quickly become an impactful building for both the University and the community’s downtown. 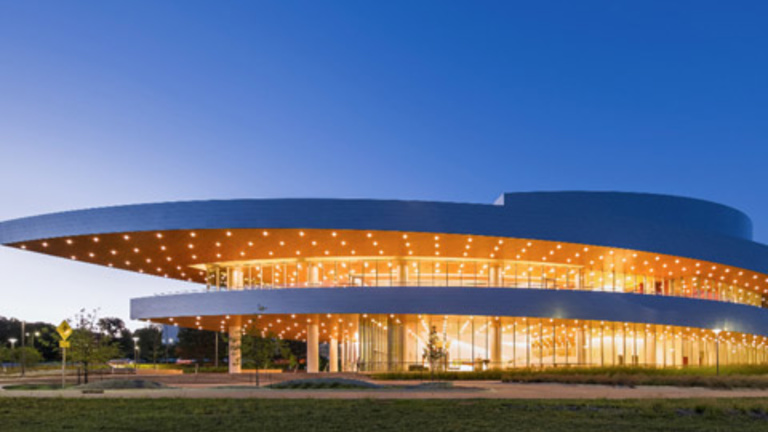 The largest and most symbolic project from the recovery of the 2008 flood, the Hancher Auditorium performing arts center was opened in the fall of 2016. The state-of-the arts facility carries on the noted celebration of the arts begun in 1972, within its predecessor the original Hancher Auditorium, a major building complex which included the School of Music, lost to the flood of 2008.